Successful completion of the program will earn cadets a certificate and permit the graduate to test for a Commonwealth Municipal Police Training (MPT) number required of all municipal police officers in Pennsylvania. An MPT number is essential for employment in almost all basic and many related law enforcement occupations. Cadets will be eligible for waiver certification for Act 235, armed security guard.

The Police Academy is a one-year program that runs evenings and weekends. Classes are typically Monday through Thursday from 6 PM to 10 PM. There will be eight weekends when training will occur.

In an effort to stay current with changes and trends in the industry, the program curriculum may change during the program year and will include general training in:

Prior to being enrolled in the Johnstown Regional Police Academy at Penn Highlands Community College, all cadet applicants must successfully complete a pre-screening physical agility test. This test consists of sit-ups, a 300-meter dash, push-ups, and a 1.5-mile run (in that same order). Applicants are advised to dress in appropriate athletic clothing and footwear. The physical agility test is done 100% outdoors, as such applicants are permitted to bring rain gear, sweatshirts/pants, and/or other comfortable clothing while waiting. Water or other hydration sources are allowed. The test will last approximately two hours.

Directions: From Schoolhouse Road, turn onto Highfield Avenue. Turn left onto Kunks Drive and follow until you can go no further. Turn left and cross a single-lane bridge. The track will be on your right.

In addition to completion of the physical agility test, cadet applicants will need to pass a physical, psychological, and vision examination, along with a post-traumatic stress disorder evaluation.

To learn more about these tests and examinations, please contact the Police Academy at 814.262.6443 or by email.

Successful completion of the Johnstown Regional Police Academy (ACT 120) will earn cadets 24 credits toward their Criminal Justice degree. By completing the Police Academy, you are well on your way to earning an associate degree. The Police Academy substitutes for the following courses:

Email Dennis Miller
Mr. Dennis Miller began his career in law enforcement in 1981 as a municipal police officer while earning a degree in Criminology from Indiana University of Pennsylvania. In 1985, he accepted a position with federal law enforcement where he was assigned to protect the U.S. Supreme Court justices. After three years, he transferred and became a parole officer, at which time he went on to earn his master’s degree in Criminology from Indiana University of Pennsylvania. Soon later, he joined the Johnstown Police Department as an officer.

In 1989, Mr. Miller transferred back into federal law enforcement, becoming a Correctional Treatment Specialist with the Federal Bureau of Prisons. He continued to accept positions of elevating responsibilities, culminating as a Hostage Negotiator and Disciplinary Hearing Officer. He retired in 2012.

Mr. Miller taught college-level courses throughout his career, starting in 1990 with criminal justice classes. After his retirement from law enforcement in 2012, he accepted a full-time teaching position in the Criminal Justice Department at Pennsylvania Highlands Community College. He continues in that role today as an Associate Professor. Mr. Miller has 31 years of field experience in various forms and levels of local and federal law enforcement and 32 years of experience in teaching college-level curricula. 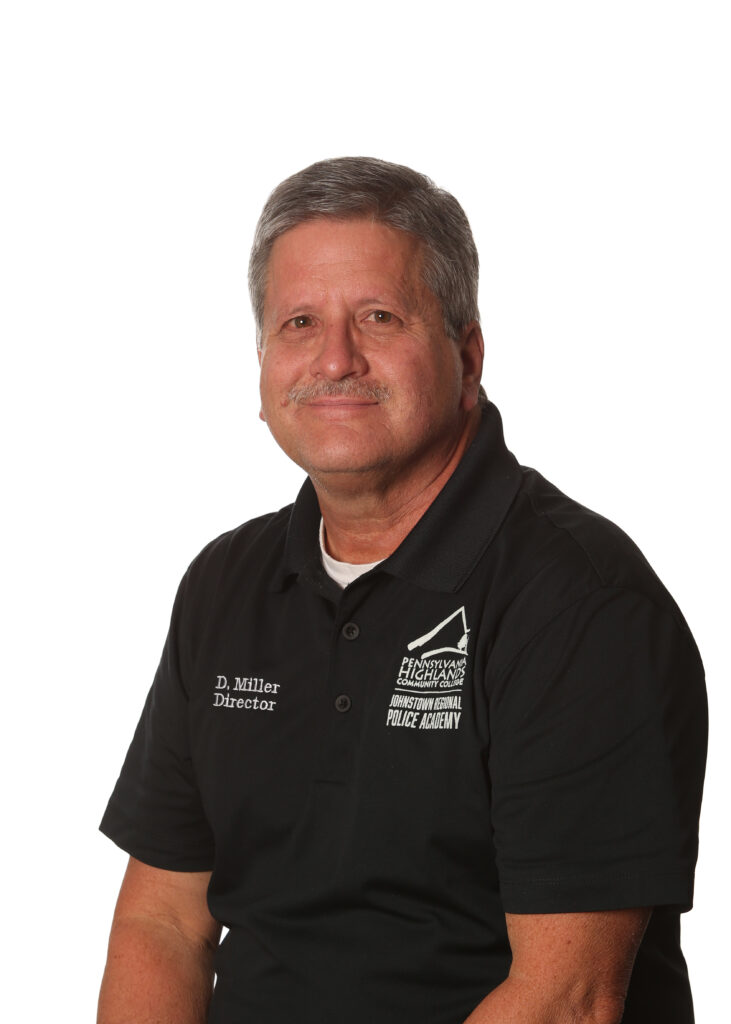 Email Kevin Gaudlip
Mr. Kevin Gaudlip has over 30 years of experience in law enforcement. For those 30 years he has played a vital role at the Richland Township Police Department as a detective. Additionally, for over 15 years, he has served as an MPOETC Master instructor for the Police Academy, Chief Crisis Hostage Negotiator for the Cambria County SERT Team, and a coordinator, instructor, and executive committee member for the Laurel Highlands Region Police Crisis Intervention Team (CIT).

He has served as a part-time police officer in Somerset Borough, Upper Yoder Township, Geistown Borough, & University of Pittsburgh at Johnstown Police, and he was a paramedic and Assistant Chief at East Hills Ambulance Service. 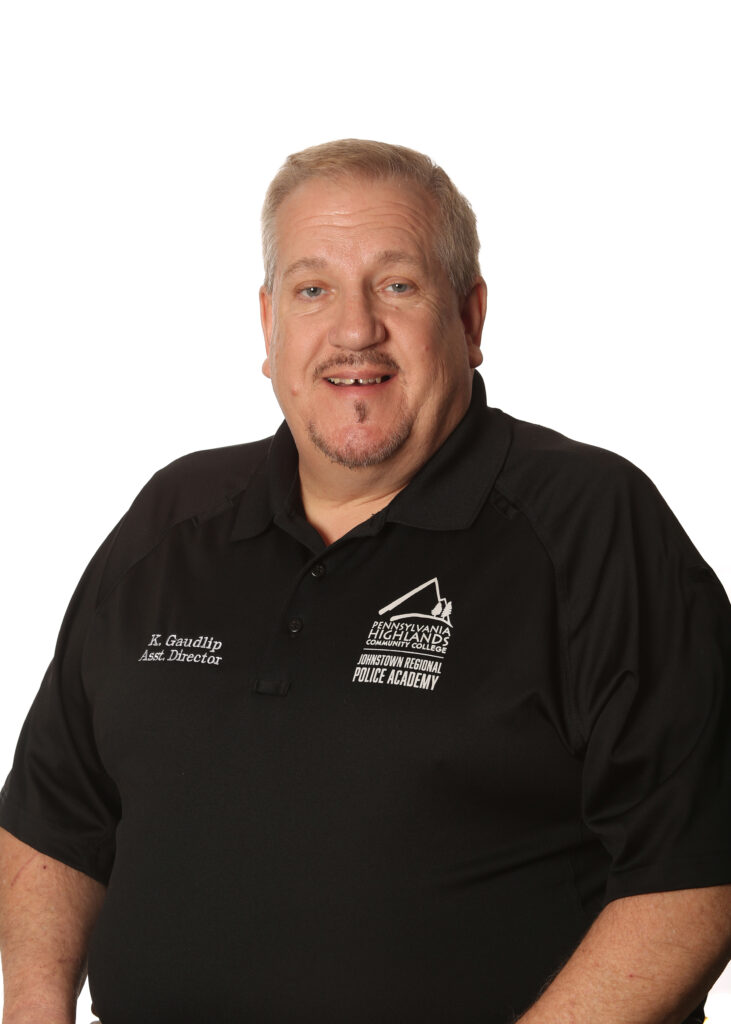