Marketing and Communications at Pennsylvania Highlands Community College recently earned national recognition for its efforts in design and marketing through logo wear.

This is the department’s second national award. It has also earned sixteen regional awards since 2015.

The members of Marketing & Communications that participated in this initiative consist of the following:

Sean McCool is the Creative Services & Marketing Specialist and focuses heavily on photography, graphic/web design, video production, brand integration, and more for the College. He holds a Bachelor of Science in Emerging Technology and Multimedia from Slippery Rock University.

Andrew Podolak is the Marketing & Communications Assistant and serves as an integral member of the team, playing a role across all initiatives. His focus includes writing, social media, campaign planning, and more. He holds a Bachelor of Arts in Business from the University of Pittsburgh. 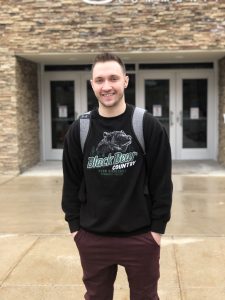