Media production students from Pennsylvania Highlands Community College took home first place in a statewide film competition that included entries from independent filmmakers and school groups throughout the state. This competition, held and judged by the Greater Erie Film Office, looked at creativity and innovation, cinematography, acting, sound design, and editing within each film.

The “Secret in the Pines” film takes place at an orphanage in the 1930s and 1950s. It involves a young woman who returns to the orphanage to confront the administrator that abused her as a child.

The short film was a project for the MPR 250 Video Production course at Penn Highlands. It was honored with the award at the recent Film and New Media Dinner Party held in Erie, PA. This project was based off an award-winning screenplay written by Heidi Dugan and Stella Rugiero, both from Erie County, PA.

“This is the college’s third year entering the competition,” stated Rick Bukoski, Assistant Professor of Communication and Media Studies. “The first year we won third place, and the second year we won second place. On this third try, we won first place. We felt we were on a good trend and were very pleased with this entry. It’s a wonderful opportunity for students to be involved in creating a film from screenplay to final product in about a month’s time.”

Bukoski discussed how it was especially challenging to create a film involving several young children who played orphans at an orphanage, but the students were up to the challenge.

Beginning this fall semester, a new group of media production students will be involved in the statewide film competition. 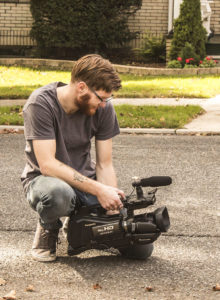 Videographer Joseph Castania gets ready for a shot. 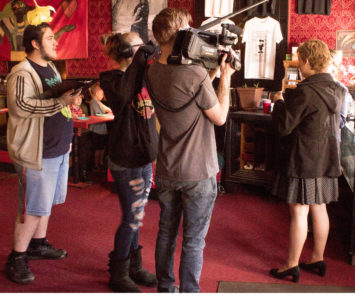 Timothy Borish (left), Katelyn Carnell and Joseph Castania film Andrea DeSalvo in a scene from The Secret In The Pines. 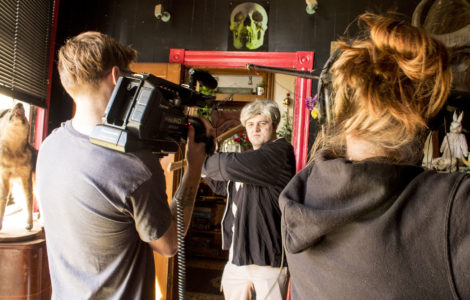 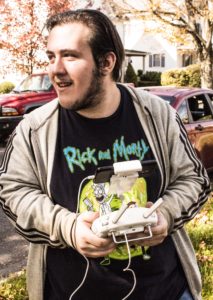 Director Timothy Borish operates a drone for some overhead shots. 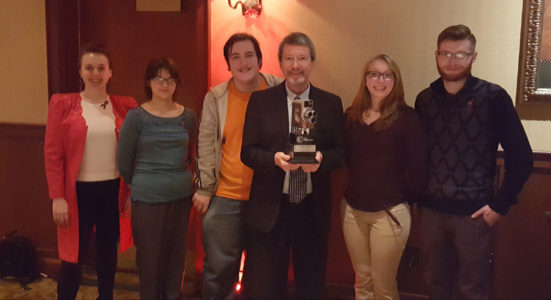